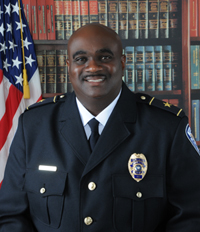 Chief Dunn is married to Dione T. Dunn and the father of 6 six children. He is a Marine Corp Veteran. Chief Dunn has an extensive background in Law Enforcement spanning for over 35 years. He began his career with the Baton Rouge Police Department in 1983.  Chief Dunn is a committed public servant. He has been honored with 24 letters of commendation and the Outstanding Officer of the Year Award as a law enforcement officer. He has also received the Chief’s Certificate of Commendation on three separate occasions. His career has brought him into a great numbers of firsts. Chief Dunn was the first African American Uniform Patrol Bureau Commander in Baton Rouge. Currently Chief Carl K. Dunn serves as the first elected African American Chief of Police in Baker, Louisiana. 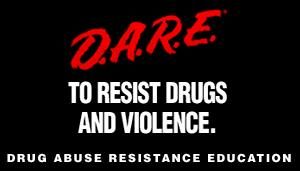 The acronym D.A.R.E. stands for Drug Abuse Resistance Education. The D.A.R.E program is a nation wide curriculum taught in elementary, middle school and high school. The D.A.R.E curriculum is taught by a street experienced D.A.R.E certified police officers. D.A.R.E is an educational program to help kids learn about drugs, peer pressure, and the effects that drugs have on people. Each student receives a D.A.R.E. workbook with several activities and stories in it.